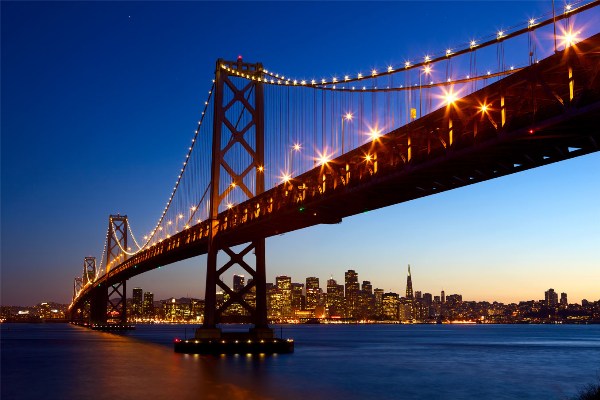 A Night In San Francisco

When traveling to most cities of the world, finding discount accommodations when arriving to your destination is always a possibility. Not so in the diverse and complex city of San Francisco. From the hills of Daly City to the plains of Berkeley, the environments and people are so diverse that your vacation could with one dial of the phone be a paradise made in heaven or an inferno designed in, well you know, that other place.

Families making their hotel reservations at the smaller hotels that dot the periphery of San Francisco might be able to land a bargain, but find they may find themselves sharing accommodations with other crawling critters that would make even the toughest among us parents squirm.

I did this once. I came to San Francisco on a budget and thinking to wing my accommodations; I found a phonebook and booked a motel for $59 a night. Well, the minute I saw the hotel along a poorly lit side street I knew we were in trouble. This hotel was something I would expect to see in medieval Europe, not in actuality. But it was late and we succumbed to our basal instincts for sleep and it was ‘just one night.’ But the bed was so grimy we actually slept on the floor, and the occasional voices we heard in the alleys were so hair razing I don’t think sleep was an option for any of us – and we were in their ‘best room!’

The next day I called numerous hotels in San Francisco city proper. You know, where the Trolley Cars roam and the street performers perform. I found a number of places, ranging from the low 100’s and going up to the high 600’s. We got in our car to make our investigation and inspected one hotel after the other, some dark and dank and some bright and classic. We settled on the Grant Plaza Hotel at $180 a night. We had a rollaway brought for my two children and spent the rest of the day recuperating for our previous nightmare.

That evening, we ventured out to walk around the Streets of San Francisco and I must tell you it was scary. There were destitute people lurking at every doorway, down every alley, sleeping above the street vents for warmth. This was a haven for the homeless and I am not sure where the tourist fits in. It was both sad and a frightening, especially since coming from an isolated small town in Minnesota. I passed out quarters to those asking as if I were passing out flyers for a corner store.

We eventually found a Starbuck near Union Square and quickly ducked in. After a family meeting to discuss our situation, we decided to catch a trolley car and make a dash to the famous Fisherman’s Wharf and Ghirardelli’s Square. We scampered out of Starbucks and caught the next trolley. It was a wild ride straight up and straight down a city built on a mountain. We all screamed with joy. We spent an enchanting evening among all the tourist shops, street performers and family attractions that populate Fisherman’s Wharf. We bought a big pound of fudge at a fudge shop and drank coke and champagne until late in the evening.

Our lesson from all this, at least regarding San Francisco hotel reservations, make your hotel reservations in advance. Don’t waste time looking for a hotel room when you get there, the city is just too big. Since writing this, we went to San Diego. I booked all our accommodations off the Internet which featured discount hotel reservations with pictures and prices clearly explained. Welcome to the 21st century.